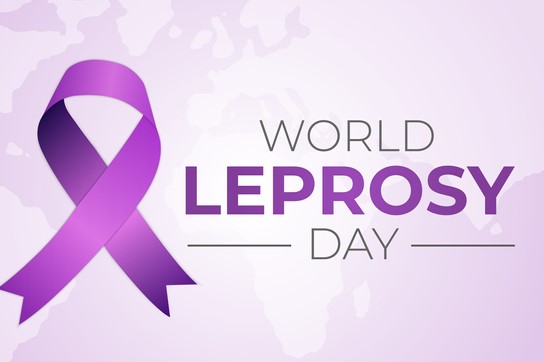 Leprosy for ages has seen lots of stigma, taboo, and discrimination around it. Lack of awareness can be one of the reasons as many of us still have very little knowledge about it. A condition that is completely curable with modern medicine, leprosy has a lot for people to know. On World Leprosy Day we would like you to have a closer look at the condition and help the community living with this to have a better life and life choices

Leprosy is a bacterial infection that leads to this chronic condition. It’s spread by Mycobacterium Leprae, a slowly progressing virus with a long incubation period. The disease was renamed as ‘Hansen Disease’ after the famous Norwegian scientist Gerhard Henrik Armauer Hansen who discovered it in 1983.

Why do we have World Leprosy Day?

World Leprosy Day is celebrated every last Sunday of January month, to raise awareness about the disease and support people who are suffering from it. This 2022 the theme for the day is ‘United for Dignity. The theme calls for our support to-

What can you do on this day?

You can play a very important role in being more aware of the disease and creating awareness about it. One aware person can make others more informed about the disease and can spread much-needed information to support the people living with the condition.

The most important points you need to know about Leprosy are-

Ending the stigma related to leprosy

Leprosy as a disease is quite debilitating for the person in advance cases. Even in recently diagnosed cases, the disease comes with lots of apprehensions. A person living with the disease has to face a lot of discrimination. The mental health of such patients is affected majorly, it’s often seen such patients suffering from depression & anxiety disorders.

Leprosy has been associated with lots of unawareness and lack of information. Earlier attributed as past sins to be the cause of the disease many still have such impression. Lack of knowledge of how it spreads, the course of the disease and unawareness of the fact that the condition is fully curable. This adds up to the social hate that these patients face which breaks the moral all-together. We as an individual have to take the stand and educate people about the conditions and how our support can not only help these people but one day we can eradicate Leprosy